Will Obama Administration Complete Their Attack On The Family Farm If Re-Elected? 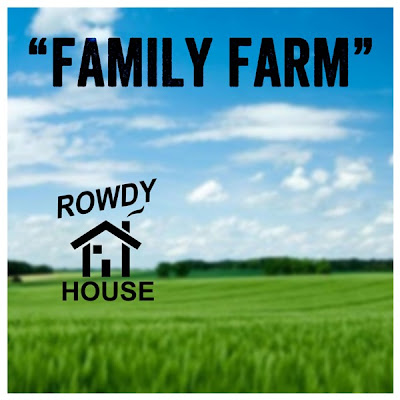 Will Obama Administration Complete Their Attack On The Family Farm If Re-Elected? (Remember "After my election I have more flexibility"?) Asks Rowdy House Music
"You Reap What You Sow" Means Grocery Prices Will Be Going Up

STATELINE, Nev., Oct. 29, 2012 /PRNewswire/ -- Most Americans weren't looking when Obama's Labor Secretary Hilda Solis first began her attack on family farms. Unfortunately, the battle continues and the price of groceries may go up as a result. And groups like Rowdy House Music are writing about it in songs that are playing nationwide.

Sen. Jerry Moran pleaded, "If the federal government can regulate the kind of relationship between parents and their children on their own family's farm, there is almost nothing off-limit when it comes to government intrusion." Moran added, "The proposed regulations would change the way family farms work, preventing farm kids from learning their parents' trade".

Fortunately, Obama's Labor Department was flooded with thousands of comments and many outraged farmers weighed in against the changes. But what if farmers don't catch it next time? Do we really want more inappropriate connections between government regulations, unions and the commercial interests? The government "buddy system" profits enormously from lucrative government contracts, subsidy programs and strategic regulations. This graft is even more insidious when it masquerades as social programs or regulations pretending to protect us from ourselves.

In late March, Congressman Mike Turner joined Ohio's Congressional delegation and temporarily fought off the attack by Obama Labor Secretary Solis. "This is yet another example of a federal department or agency unilaterally enacting new rules or regulations outside the supervision of Congress. Had Ohioans and farming families across the country not spoken out, this could have had a devastating effect on the important role of agriculture to our nation's economy," added Turner.

Senator Moran said, "...For someone in Washington, DC, to propose rules that restrict a young person's ability to work on a neighbor's farm because of the amount of sunlight, wind velocity, and humidity is something that again, in my view, demonstrates a lack of understanding about how things work in the real world."

Gov. Terry Branstad weighed in. "The federal government should not construct further employment barriers at a time when there are fewer job opportunities available for young people."

Facing significant public outcry early in an election year, the Obama DOL announced that it would drop its proposed labor rules targeting the family farm (They'll have more flexibility after elections). Iowa lawmakers from both parties were relieved.

"It would have been devastating to farm families across the country," Iowa Sen. Chuck Grassley said in a statement. "To even propose such regulation defies common sense, and shows a real lack of understanding as to how the family farm works."

"The demise of the Obama administration's proposed rule to require children to be a minimum age to work on farms is welcome news," Braley said in a release. "A regulation prohibiting youths from working on farms would strike at the very core of agriculture across Iowa and the Midwest. This is Iowa. Working on the family farm is part of growing up."

However, Iowa Democratic Sen. Tom Harkin gave a more designed response. Harkin wrote in a release. "I am disappointed that the administration chose to walk away from regulations that were, at their core, about protecting children and which could have been revised to correct some of the initial proposals that generated the most concern."

Clearly, the "family farm labor issue" is not over. Industrial factory farms and labor unions have political insiders to do their bidding. Many remember the revealing gaffe when President Barack Obama was caught on microphone telling Russian leader Dmitry Medvedev that he would have more flexibility after November's election to deal with contentious issues. Obama said: "This is my last election. After my election I have more flexibility."

Burdensome government regulations and unpopular policies are easier to push through when politicians have "more flexibility". Family Farmers are a group of hard working, independent citizens who are critical to the continued freedom of the American culture. They will be targeted again, but not until after the 2012 Presidential Election.

Rowdy House addressed this issue with their new song "Family Farm". Mixed with the anger of an alienated group of our country's most independent citizens, - the family farmer - the song might be considered to be a new interpretation of the "outlaw" country music from years past. This time however, the whole family has been made "outlaw" by the overreaching federal government. Rowdy House Music contributors are nonpartisan, professional musicians who expand awareness regarding government waste and corruption. Discussions explaining the meaning of their songs can be found in their "Learn More and Download" section on their website.