Operation Libertad: They Wanted To Change The World, They Attacked A Swiss Bank 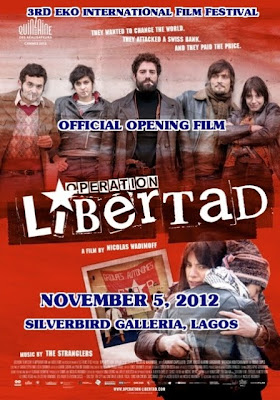 In 1978, the members of a small revolutionary group break into a Swiss bank near Zurich. They film the entirety of the action so as to prove the collusion between the Helvetic financial system and dictators. Thirty years later, the tapes of the Operation Libertad resurface…

The Swiss film Operation Libertad has been selected as the Opening Film of the third Eko International Film Festival from November 5-10, 2012, at the Silverbird Cinemas of the prestigious Silverbird Galleria on Victoria Island, Lagos, Nigeria. The film was premiered at the 2012 Cannes Film Festival with good reviews. 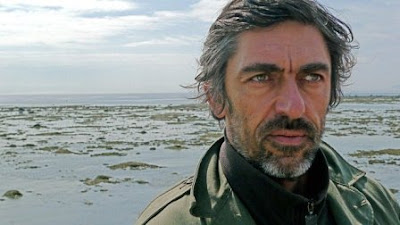 The following is Cineuropa‘s interview with the Genevan filmmaker Nicolas Wadimoff on Operation Libertad, his first first fiction film.


Cineuropa: Your last films were documentaries. What brought you back to fiction?
Nicolas Wadimoff: I work in an interrelated way. After two documentaries, I start to feel limited. My desire to put forward a vision, to organise it, becomes an obstacle to my love, as real as it is, for documentary. So I return to fiction. But there too, there is a pendulum effect. As soon as I feel that I am moving too far away from reality, I need to return to it, in one way or another.
Operation Libertad’s form reflects this ambivalence. It’s a fiction film that looks like a documentary.
Operation Libertad is indeed the film that most shows this tendency. When Jacob Berger and I worked on the script, we played with this ambivalence. Le film was also shot with an energy similar to that of a documentary. You can also see this in the actors’ performances. It’s almost not acting. It’s almost the actors giving the characters bodily form, rather than them playing a role.
This also allows you to distance yourself from the traditional rules for fiction…
In traditional fiction, the bar is always extremely high in terms of screenplay requirements. Yet, there is nothing worse than profiling oneself in a genre and then not being able to subscribe to it, not being able to make your own mark in it. I’m not saying that I made Operation Libertad by default because I would rather have made Usual Suspects. That’s not it. Simply, wanting to make films in Switzerland is already a strange idea, so dreaming of films with great budgets, complex plots, and tons of comedians would only mean one thing: wasting time.
So you have become more sensitive to a project’s feasibility?
Switzerland has space for many other kinds of projects. Sure, with Operation Libertad, I felt especially in tune with the context I live and make films in. It tells our country’s story. In it, we touch on bank secrecy, collusions between the Swiss financial system and dictatorships. From a purely pragmatic point of view, we knew that we could make this film here. Cast, budget, production outfit: it was all coherent with the reality of the Swiss film sector.
Let’s come back to the film’s subject. Where does it come from?
For three years, I worked on a project that was first about an alternative, then a utopia, then an insurrection. The story was set today, and I think I can safely say that I drove two screenwriters to exhaustion trying to make it work. Then, slowly, I started to think about making something in documentary form. I spoke about it to Jacob Berger, who had this idea of a guy who would film, and whose images someone would find. To make it more credible, we decided that the story would be set in the 1970s, at a time when such events could have happened.
How did you research the period?
The screenplay first and foremost comes from meetings, knowledge, and experience. Our own experiences are a little staggered in time: Jacob and I knew the Geneva squat scene very well, but at the beginning of the 1980s. I was involved in the autonomous movement, which was quite radical. In 1994, I also made a documentary for the show Temps présent (lit. “Present time”wink about the Swiss who had known Carlos. I have stayed in good terms with the film’s characters and they were a great inspiration for Operation Libertad.
Your film’s subject is not innocent. Your work is about resistance, struggle. Where does this recurrence come from?
I have never managed to detach an individual’s issues from those of the world around him. There are people — filmmakers — who do this very well. Their business is human relations, psychological or introspective dramas. But, to me, a certain social climate, social issues, are very important both in my life and in my films. How can you break away from your [social] condition? It’s probably the question I think about the most.
How did you react to your film being selected for Cannes?
I will not spoil my pleasure. For a long time, I did not give enough importance to recognition via selections and awards. It got the better of me. As I came from a very alternative, anti-media, anti-recognition, and very resistant scene, when Clandestins was released and won awards, I didn’t really know what to think about it. Today, I know that such recognition serves the film and allows you to impose even more daring topics.
Biography
Born in 1964 in Geneva. 1988 BA in Communications from UQAM (Université du Québec à Montreal), specialization cinema. 1992-96 Film director at the Radio Télévision Suisse (RTS). 1996-2001 Producer and director of films on behalf of own company Caravan Films. 2003 Founding of Akka Films.
www.akkafilms.ch
Filmography
1984 Johnny Kichenin, poids moyen (co-director, short film)
1986 Trachéotomie (co-director, short film)
1987 Ouskestekaché (co-director, short film)
1989 Yehudi, Arabi, Yemeni (co-director, documentary)
1990 Arménie-Jerusalem (documentary)
1991 Le bol (documentary)
1992 Les gants d’or d’Akka (documentary)
1993 Le temps des clandestins (documentary)
1994 Silence, on développe (documentary)
1995 Quand on allait voir Carlos (documentary)
1996 Cyber-Guerilla (documentary)
1997 Clandestins (co-director, fiction)
1998 Nuit et jour la télé… (documentary)
2000 Mondialito (fiction)
2000 15, rue des Bains (fiction)
2002 Kadogo, l’enfant soldat (fiction)
2003 Alinghi – The Inside Story (documentary)
2005 Last Supper (co-director, documentary)
2005 L’accord (co-director, documentary)
2010 Aisheen (Still Alive In Gaza) (documentary)
2012 Opération Libertad (fiction)