Showing posts from 2017
Show all

The new year 2018 started with fanfares and vigils of thanksgiving in hundreds of thousands of churches all over the world followed by celebration and jubilation at parties on the streets and clubs.  After the holidays,  business resumes from tomorrow Tuesday with many upcoming events. And the first international film festival of the new year is the 15th London Short Film Festival (LSFF) taking place from 12th - 21st Jan 2018.
The film festival will celebrate the iconic genius of Ngozi Onwurah, the Nigerian born British filmmaker on January 17.


As the first Black British woman filmmaker to have a feature film released in UK cinemas the festival will celebrate Ngozi’s legacy with a screening of early works and panel discussion in Ngozi Onwurah: Short Films on Wed 17 Jan, 8:30pm at ICA.

Ngozi Onwurah was born in 1966 in Nigeria to a Nigerian father, and a white British mother, Madge Onwurah. She has two siblings, Simon Onwurah and Labour MP Chi Onwurah. As children, Onwurah's moth…
Post a Comment
Read more 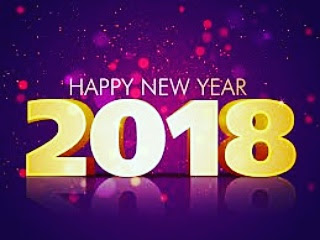 Blockchain Technology Will Secure the Future of Nollywood 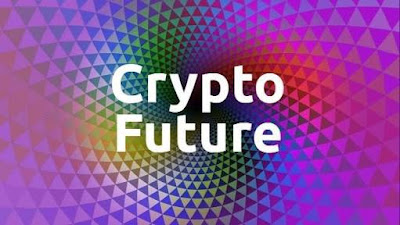 From the third edition of the NOLLYWOOD MIRROR®Series coming out soon.

"The film industry of the 21st century can benefit from Blockchain technology, an innovation that can digitally support a dynamic and connected global network of content producers, distributors and audiences."
~ Paul Forrest.


Since 2013, publishing the NOLLYWOOD MIRROR®Series by the grace of Almighty God has not made millions of naira, but it has been great to be the Publisher and Editor of the first and only series of books on the Nigerian film industry with versions in hardcover, paperback and @amazon Kindle, documenting the history of film production in Nigeria since 1926 to date and the first book to celebrate the beautiful and wonderful actresses in #Nollywood and #Kannywood; the first Nigerian #Hollywood star, Orlando Martins and the top 20 filmmakers in Nigeria.
The third edition has taken three years to produce, because I published two other important books; The Victory o…
4 comments
Read more 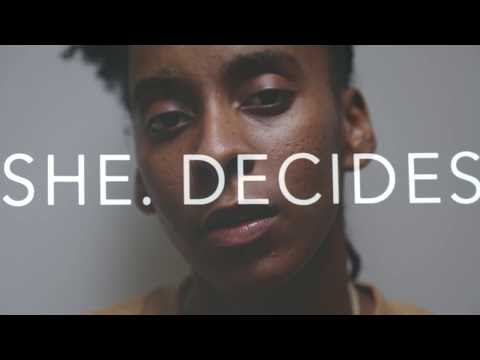 
This year, 88,195 of you took action to call on global leaders to stand up for girls and women and support their sexual and reproductive health. Wow!

The results were phenomenal, with numerous governments announcing nearly US$500 million to make sure that girls and women have access to all of the care and services they need and want. And there is still much more to be done to get us to a world where every girl and woman has power over her own body, without question.

This July on the eve of the G20 in Hamburg, the Governments of Norway, Belgium, Netherlands and foundations committed over $172 million (USD) on the Global Citizen stage to ensure that women’s health is something She Decides. And later, the Government of Denmark stepped up and committed to double their funding for women’s health to a whopping $110 million USD.


This is where the SheDecides movement comes in, and we need you to join us! 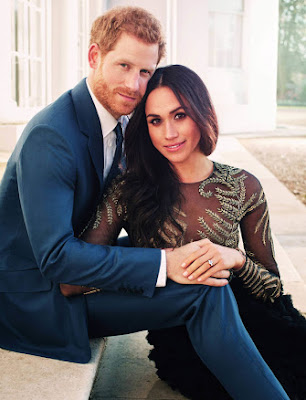 Meghan Markle's hat was designed by Philip Treacy, one of the Royal Family's favourite milliners and belted beige wrap style baby alpaca and wool coat by Canadian brand Sentaler.
Available on pre-order for US$1295.


1. Prince Harry's fiancée, Rachel Meghan Markle is 36-year-old American actress who acted the role of Rachel Zane on the USA network's legal drama series, "Suits," for seven seasons, from 2011-2017 in Toronto, Ontario where she met Prince Harry through friends in July 2016.

2. She is currently the most Googled actress since the news of her romance with Prince Harry became the talk of the town.

3. They kept their relationship secret for more than 12 months before making their first official appearance together in September at the 2016 Invictus Games in Toronto, Canada.
On November 27, 2017, her engagement to Prince Harry, fifth in line succession to the British throne, was announced.
By then, she had met Queen Elizabeth II, Harry's paternal gr…
Post a Comment
Read more

HALLELUJAH! Another Christmas Day is Here! 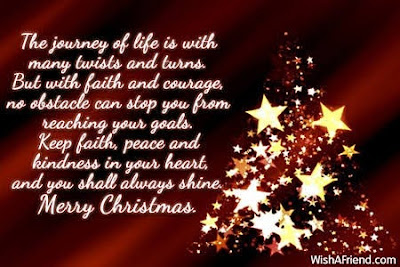 HALLELUJAH!
We thank Almighty God JEHOVAH for protecting and saving our life to welcome another Christmas Day!
We are glad and grateful to be alive and well.
We wish you a Merry Christmas and Happy New Year 2018!
Cheers all the way!

We wish you a beautiful Merry Christmas and prosperous Happy New Year 2018. 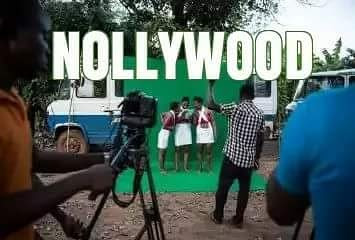 Until Nigerian filmmakers in #Nollywood and #Kannywood make movies that #Fox, #WarnerBros, @Sony, @Disney, @DreamWorks and others will nod and bid to acquire, let us stop all the noise and bragging rights over our movies making ordinary US$1m at the box office after more than 20 years of Nollywood when South Africa's "The Gods Must Be Crazy" of 1980 made US$100,000,000 (one hundred million dollars) the same year that popular celebrity gossip blogger, Linda Ikeji was born and I was just completing my secondary school education at St. Gregory's College in Lagos. Then came "District 9" of 2009, the science fiction action horror film directed by Neill Blomkamp of South Africa with a budget of US$30m and grossed US$210.8 million! And got four Academy Award nominations for Best Picture, Best Adapted Screenplay, Best Visual Effects, and Best Film Editing. Should I continue?
So South Africa is the biggest film industry in Africa with two Oscars in the bag and Sout…
Post a Comment
Read more

Dame Amma Asante is Our Black Filmmaker of 2017 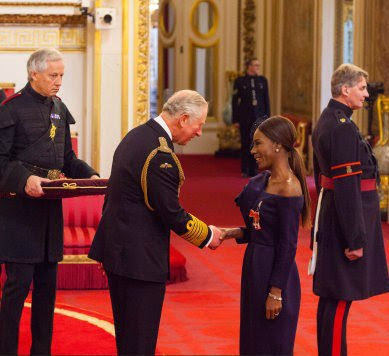 The black and beautiful Ghanaian multiple award winning filmmaker, Dame Amma Asante, MBE, is our Black Filmmaker of the Year for her outstanding historical romantic drama, "A United Kingdom" acquired by Fox Searchlight for North America. The screenplay was written by Guy Hibbert, based on the true-life romance between Sir Seretse Khama and his wife, Ruth Williams Khama. David Oyelowo and Rosamund Pike played the leading roles of Seretse and Ruth.

"A United Kingdom" is a Pathé, BBC Films, BFI, Ingenious presentation with the participation of Canal + and Cine + of a Yoruba Saxon/Harbinger Pictures/Perfect Weekend/Film United production. 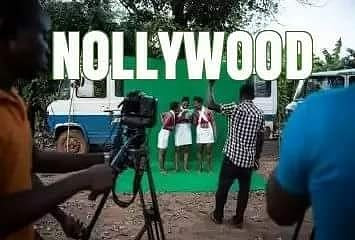 LAGOS in MOTION: A Photo Album of Africa's Largest Megacity 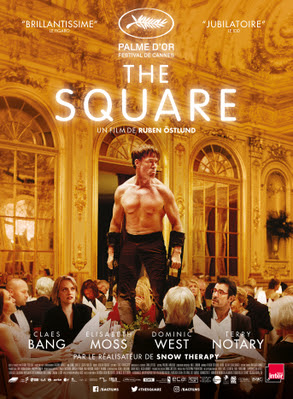 Awards Season is officially underway and the independents are already garnering numerous accolades. 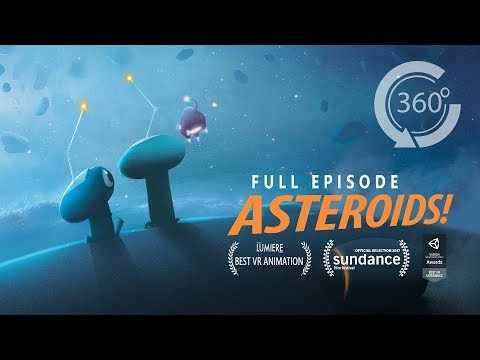 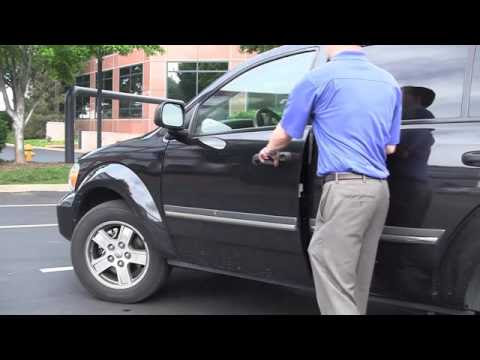 Now available to over one billion consumers across 24 territories throughout Asia, the Middle East and Africa, iflix has established itself as the clear market leader in video streaming


The achievement, equivalent to more than 19,000 years of content streamed, marks an incredible uptake in user engagement, with cumulative viewing minutes up well over 400% from three billion total minutes streamed at the end of 2016. iflix also maintains one of the highest active mobile viewing durations of any service globally, with an average of 2.5-2.75 hours per session. 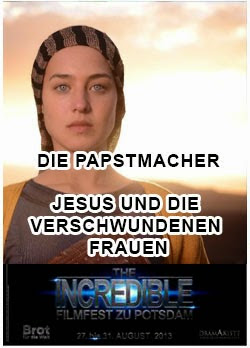 The most popular online review of a Nigerian film festival is "5th Eko International Film Festival Ends With Maria Blumencron's "Jesus and the Vanished Women" written by Ekenyerengozi Michael Chima and published by Nigerians Report Online on
https://nigeriansreportng.blogspot.com.ng/2014/11/5th-eko-international-film-festival_24.html.

It has been viewed more than 40, 438 times and still counting.

The expository documentary film "Jesus and the Vanished Women" (Jesus und die verschwundenen Frauen) closed the 5th annual Eko International Film Festival Sunday night at the Silverbird Cinemas, Silverbird Galleria on Victoria Island, Lagos. It was one of the three special films from makido Film of Vienna in German and dubbed in English for English audiences. The other two makido films included "Diplomatic Liaisons - Mistresses of the Vienna Congress - Sex, Lies and Diplomacy"(Der Wiener Kongress …
Post a Comment
Read more 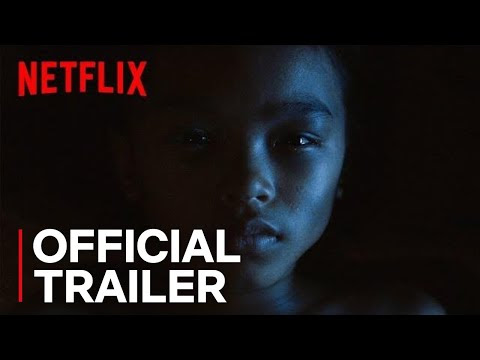 
Hollywood diva, Angelina Jolie is Representing Cambodia for the Foreign-Language Film at the 90th Academy Awards.


Jolie's biopic thriller, First They Killed My Father is in competition for the final nominations in the Foreign-Language Film category at the 90th Academy Awards.
She is representing Cambodia, because she has dual U.S./Cambodian citizenship.
She filmed "Lara Croft: Tomb Raider" in Cambodia in 2001, where she adopted her first child Maddox Chivan from an orphanage in Battambang in 2002.