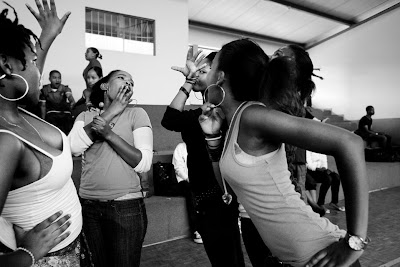 High school girls joke and dance to music during a hip hop dance competition held at a private high school in Swaziland in a photograph from Krisanne Johnson’s exhibit “I Love You Real Fast”.

I can bet you that majority of us don't know that our so called girlfriends or sweethearts and future wives are the most endangered species in the jungle of life.

According to UNESCO, there are more than 75 million girls who are not enrolled in either primary or secondary education.
Then 60 million girls of those in schools are sexually assaulted at or en route to school by predators posing as boyfriends and other savages among civilized humans.

"Rape is a young man's crime," she said. "It's a bit of a performance for them, showing off to each other how macho they are. We need to teach our young men that you can be masculine in ways that do not involve violence and degrading women."

Do you really care for your girlfriend or you are just using her for your sexual gratification?