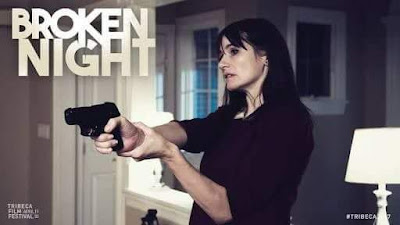 New capability which empowers viewers to participate, shape and control immersive storytelling as never before unleashes new potential for mainstream entertainment in VR

NEW YORK, June 6, 2017 /PRNewswire/ -- Eko, the pioneering interactive media and technology company has taken its groundbreaking storytelling platform into the world of virtual reality (VR). Eko's cutting edge technology, which allows viewers to shape live action video experiences and control the story as it unfolds, is being featured in the VR short film, "Broken Night." The company's first venture into VR storytelling, featuring Emily Mortimer and Alessandro Nivola, debuted at the 2017 Tribeca Film Festival in April and made its international debut at Cannes Film Festival this May.

Eko's technology allows for a live action story medium that is shaped by the viewer - their actions seamlessly change the story itself in real time. The storyteller designs and creates the world of the narrative, but how it unfolds depends entirely on the viewer's individual choices. In VR this means much more than just rotating your head to look around. And while this immersion and "looking around" in VR can be defined as "interactive," Eko brings interactivity to the storyline itself, empowering viewers to step into the story and participate as never before, interactively making choices that affect dialogue and even the plot.

"Artists and storytellers are just starting to explore the exciting new world of virtual reality," said Tal Zubalsky, Eko Co-Founder and CPO. "It's Eko's goal to give them new and revolutionary tools to tell unique, immersive and emotional experiences that transport consumers from a passive viewer to an active participant in the story. It is an exciting time in VR as we see it grow and evolve and we're thrilled to be a leader in its innovation."

Emily Mortimer, lead actress and co-executive producer (with Alessandro Nivola) of "Broken Night," added, "What made Broken Night so intriguing to be a part of, is as an artist you are always looking for new and challenging ways to explore what you do. To be a part of a storytelling medium that is so cutting edge was a challenge but also very exciting. Eko is pushing the boundaries of this thrilling new medium and I'm honored to be a part of it."

The next step in VR storytelling, Eko provides a technology platform that gives the storyteller the power to create truly immersive, interactive, live action experiences delivered on mobile devices, PCs, and connected TVs. Utilizing the same medium and patented technology Eko has perfected for streaming interactive videos online, Eko makes it possible to create cinematic stories in the VR environment, shaped by the viewer's behavior, actions and emotions. Eko enables live action videos to be as responsive and dynamic as Computer Generated (CG) games, with the appeal and emotional connection of a Hollywood movie.

ABOUT EKO:
Eko is a media and technology company pioneering a new medium in which stories told in live action video are shaped by viewers as they unfold. The company provides the leading technology platform for the creation and delivery of interactive video entertainment and partners with media companies, independent creators and top brands to create experiences for highly-engaged, digitally native audiences. The company's serialized shows are distributed through HelloEko.com/stories, affiliate partners, and social networks; available on desktop, mobile, connected devices, and VR. Eko Studio, which includes the company's authoring tools, is also home to a large and growing community of creators who are crafting their own interactive experiences with Eko's medium. Eko provides top-quality interactive entertainment and also offers unique opportunities for brands to connect with highly-engaged audiences. Eko investors include Innovation Endeavors, Intel Capital, Marker, MGM, NEA, Samsung, Sequoia Capital, Sony Pictures Entertainment, Warner Music Group, and WPP. The company is based in New York with an office in Tel Aviv. For more information, visit HelloEko.com.

ABOUT BROKEN NIGHT:
A woman and her husband (Emily Mortimer & Alessandro Nivola) return home one evening to discover an intruder. As she recounts the events of that evening to a police detective, the viewer chooses which of her memories to follow. Exploring the nature of memory itself, BROKEN NIGHT takes the viewer on a psychological journey to uncover the truth of what transpired.

Utilizing Eko's patented technology applied to VR, BROKEN NIGHT takes VR to a new level of immersion and engagement: viewers use their gaze to direct their choices within the performance-led narrative, effectively shaping the story as it unfolds. Stereoscopic 360 video seamlessly and immediately adapts to these individualized choices, presenting the viewer with a unique experience that puts them in control of the story as well as amid the intensity of the on-screen action.

BROKEN NIGHT points to the future possibilities of greater immersion and control in VR through interactive storytelling in live-action video.