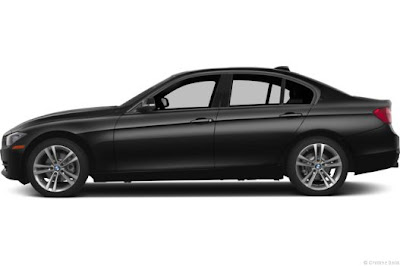 "Each year, automakers roll out upwards of 70 brand-new or redesigned cars," said Patrick Olsen, Cars.com's Editor-in-Chief. "From those, we choose the very best new or fully-redesigned cars that represent change, innovation, forward thinking and a breath of fresh air."

Cars.com's editors' "Best of 2013" finalists include (in alphabetical order):

Best New Luxury Sedan: It seems every time BMW updates its venerable 3 Series, auto publications laud it as the "best ever."

Best New Midsize Sedan: The 2013 Honda Accord might best the best redesign of the midsize sedan segment.

Best New SUV: The carmaker's crossover has long been lauded as a benchmark and its redesign solidifies its status.

Best New Hybrid: The Prius c ups the ante with an EPA-estimated 50 mpg in combined driving at about $5,000 less than its Prius sibling.

"There is no shortage of great cars on the market these days," said Olsen. "However, these seven cars, representing a variety of segments, buyers and lifestyles are what we consider to be the best of the best. Car shoppers can be assured that a Cars.com award nominee has our highest seal of approval and is a worthy investment."

For more information on Cars.com's Best of 2013 Awards and Lifestyle Awards, visit www.cars.com/awards. Winners will be announced on January 15, 2013 at the Cars.com Award Gala during the North American International Auto Show in Detroit. To find these cars or any other car at your local dealer, click here.

Cars.com is an award-winning online destination for car shoppers that offers information from consumers and experts to help buyers formulate opinions on what to buy, where to buy and how much to pay for a car. Cars.com offers thousands of new and used vehicle listings, consumer reviews, side-by-side comparison tools, photo galleries, videos, unbiased editorial content and many other tools. Cars.com put millions of car buyers in control of their shopping process with the information they need to make confident buying decisions. Launched in June 1998, Cars.com is a division of Classified Ventures LLC, which is owned by leading media companies, including A.H. Belo (NYSE: AHC), Gannett Co., Inc. (NYSE: GCI), The McClatchy Company (NYSE: MNI), Tribune Company and The Washington Post Company (NYSE: WPO).