Showing posts from August, 2017
Show all

Universal Pictures and Cross Creek Pictures'  American Made To Be Released in Select Domestic and International IMAX® Theatres   LOS ANGELES, Aug. 30, 2017 /PRNewswire/ -- IMAX Corporation (NYSE: IMAX) announced today that Universal Pictures and Cross Creek Pictures' American Made will be digitally re-mastered into the immersive IMAX® format and released in limited domestic IMAX® theatres on Sept. 29, with select international territories having launched starting Aug. 18. Based on a true story of a pilot turned drug smuggler, American Made reunites Edge of Tomorrow director Doug Liman with star Tom Cruise in this biographical crime flick. "We are excited to join forces with our friends at Universal Pictures, along with our longtime partner Tom Cruise, in offering fans around the world this action-packed adventure in IMAX," said Greg Foster, CEO of IMAX Entertainment and Senior Executive Vice President, IMAX Corp. "American Made is a smart and exciting
2 comments
Read more 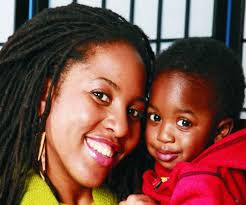 The Future of Cinema: MX4D Motion EFX MX4D Motion EFX technology has emerged as an immersive cinema technology leader, attracting audiences across the globe and driving attendance for cinema operators, with over 300% growth year over year. MediaMation's MX4D technology is currently installed in over 200 cinemas worldwide, including the US, China, Mexico and the Middle East, and the company continues to drive innovation.
Post a Comment
Read more 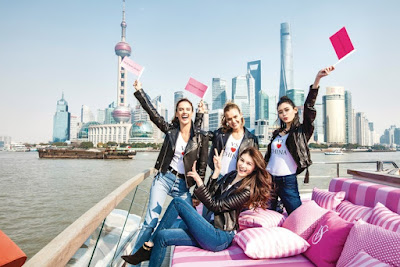 THE VICTORIA'S SECRET FASHION SHOW, The World's Biggest Fashion Event, Is Heading To Shanghai, China For Broadcast Tuesday, Nov. 28 On CBS Aug 29, 2017, 10:15 ET NEW YORK, Aug. 29, 2017 /PRNewswire/ -- For the first time, the Victoria's Secret Angels will be filmed in Shanghai, China for THE VICTORIA'S SECRET FASHION SHOW, to be broadcast Tuesday, Nov. 28 (10:00-11:00 PM, ET/PT) on the CBS Television Network. The world's most celebrated and most watched fashion show will be seen in more than 190 countries. Last year's show received 1.4 billion views and more than 150 billion media impressions worldwide.
Post a Comment
Read more

Beauty with Elegance and Grace 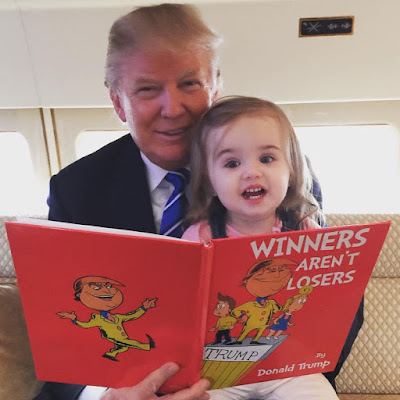 See who has joined the #lovetoread movement? President Donald Trump who loves to read and also reading along with his grand daughter Chloe Sophia. The photo posted on Trump’s facebook and Instagram pages in 2015. Both all smiles. The caption of the photo reads, “Thank you @jimmykimmel for the great book. Grandpa @realdonaldtrump is making good use of it!!! A little reading with Chloe Sophia. #WinnersArentLosers. Start them young raise them right. TRUMP: 'I love to read' Host Tucker Carlson asked Trump, "What do you do at the end of the day? What do you read, what do you watch?" "Well, you know, I love to read," Trump replied. "Actually, I'm looking at a book, I'm reading a book, I'm trying to get started." Trump said that whenever he reads "a half a page" of a book, he receives a phone call, or there's "some emergency" that pulls him away. Trump reiterated that he loves to read, but mentioned agai
Post a Comment
Read more

Michael Jackson Would Have Fallen in Love With Taylor Swift's Thriller-Like "Look What You Made Me Do" Video Taylor Swift plays a zombie reminiscent of Michael Jackson's nightmarish Thriller in the music video of her new monster hit single #LookWhatYouMadeMeDo. This is an awesome short film with captivating twists of the sultry country rock singer playing doubles of herself as a zombie, a bank robber and the head of a robot cult in subtle responses to Kanye West, Kim Kardashian West, Katy Perry and other things she just wanted to spit out from her guts. This music video is a masterpiece. It was produced by Swift and Joseph Kahn.
Post a Comment
Read more

I Read; You Read and Together We Read! 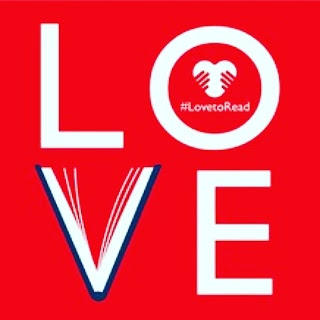 I read. You read. And together we read. Join the #Lovetoread movement. See all the people who have joined to promote the appreciation of literature for a vibrant reading culture. Former President of the United States of America, Barack Obama,famous celebrities like famous actors Morgan Freeman, Dustin Hoffman, Kate Winslet, Emma Watson, rapper and actor 50 Cent, singers #Beyoncé, #Taylor Swift and others from different locations in the world. We also included the fearless Rosa Parks who was the Queen of the Civil Rights Movement, whom the United States Congress called "the First Lady of civil rights" and "the mother of the freedom movement". We recommend: TOP 100 BOOKS TO READ
Post a Comment
Read more

50 Cent Reveals the Secret of His Success 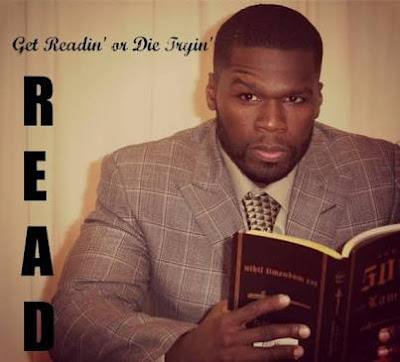 Documentary On Rashidi Yekini To Be Produced By His Daughter Rashidi Yekini (23 October 1963 – 4 May 2012) Rashidi Yekini's All Time Classic Photograph in the opponent’s goal post when he scored Nigeria’s first ever World Cup goal in the historic 3-0 defeat of Bulgaria on June 21,1994 at the Cotton Bowl in Dallas, United States at the 1994 FIFA World Cup Tournament. His beautiful and brilliant daughter, Rashidat Yekini is going to produce a documentary on the illustrious career of the legendary soccer player. She graduated with distinction in cinematography from the De Montfort University in Leicester, UK and was also awarded the second overall best cinematography student to graduate from the university. ~ By Ekenyerengozi Michael Chima, Publisher/Editor of NOLLYWOOD MIRROR®Series. https://www.amazon.com/author/ekenyerengozimichaelchima NOLLYWOOD MIRROR®Series Books 1 and 2. Click here to buy the special hardcover version Click here to buy from Amazon . Cli
Post a Comment
Read more
More posts