Showing posts from October, 2019
Show all

Top Movies of the Week!

- October 25, 2019
@WeAreBreaker @theKimJackson @IndieWire @THR @Fandango @nytimes @netflix @ShowmaxNG @TIME @SilverbirdTV @CoolFMNigeria @whisfilmfest @FilmhouseCinema The Most Popular Movies This Week. pic.twitter.com/5djp7BhWUl — 247 Nigeria (@247nigeria) October 19, 2019 My post on Top Movies of the Week on my popular 247 Nigeria @247nigeria Twitter has over 93, 250 views so far in 7 days. Can it break the record of over 257, 000 views in 30 days of my post on me and Mo Ajibola, Ambassador of the DECENT Platform in February 2018?
Post a Comment
Read more

Disney+ Comes With Dolby Atmos and So Much More 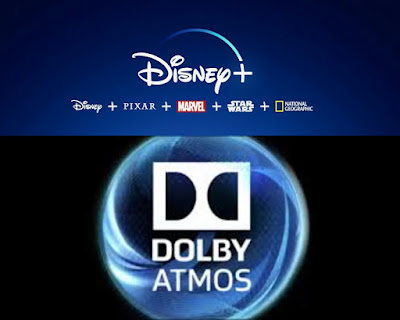 Disney+ will include HDR, 4K and Dolby Atmos. According to a report on Forbes Disney+ at US$7 per month is offering lovers of subscription video on-demand (SVOD) more for almost half the price of HBO Now and Netflix . In addition to a library of content, this price includes four simultaneous streams, 4K quality and Dolby Atmos surround sound.
Post a Comment
Read more

Bermudian Filmmaker Raised US$50,000 on Breaker To Fund Her Nine-Minute Short Film 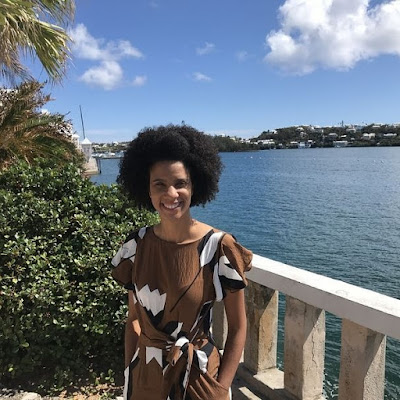 Bermudian Filmmaker Raised US$50,000 On Breaker To Fund Her Nine-Minute Short Film Alyson Thompson spoke on the panel “Fintech & Blockchain in Entertainment” at the Liquidity Summit on New Finance, presented by Hub Culture, on the second day of Bermuda Tech Week 2019. According to the Royal Gazette of Bermuda , the 31-year-old Warwick Academy graduate explained to an audience of business people, film-makers and conference delegates, including Dr Dre’s producer, "stu-b-doo" (Stuart Bell), that she and her colleagues funded the nine-minute short film, "Detained", with the assistance of the firm Singular DTV, now renamed Breaker . Breaker was founded in 2016 by author and music producer, Zach LeBeau, Hollywood movie producer, Kim Jackson, and billionaire entrepreneur, Joseph Lubin (Cofounder of Ethereum and Cofounder/CEO of Consensys, a member of the Enterprise Ethereum Alliance .
Post a Comment
Read more

And the Cap Fits Sir Ukeji 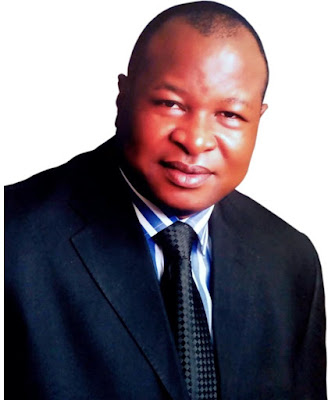 And the Cap Fits Sir Ukeji - By Ingram Osigwe When an award conferment has the exhilarating imprimatur of Mr. Don Ebubeogu, Chairman/CEO of Tiger Foods Ltd and President of Onitsha Chamber of Commerce, Industry, Mine and Agriculture, ONICCIMA, one needs not look into the crystal ball to know that the recipient has paid his dues and eminently deserving of such honour for the Tiger Food boss is not one to hug charlatans and venerate inanities.
1 comment
Read more 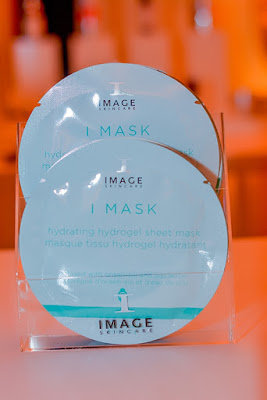 Class, Panache, Glamour at Image Skincare Launch - By Ingram Osigwe The ambience of Clear Essence Spa, Ikoyi Lagos was gay. It brimmed with gaily dressed guests who thronged there from far and wide. It was one of those events that paraded stars. And indeed, stars in their own right swarmed the spa. Panache, gait and class were on parade. It was eventful. It was colourful.It was memorable. Event was the formal launch of Image skincare brand. eholders to witness the unveiling of world's best brand in skin treatment and management was invigorating. Image skincare is a clinical skincare brand, powered by safe, proven ingredients and smart botanicals that bring about healthiest skins ever. It was created by an aesthetician, Janna Roberts and formulated by a plastic surgeon, and represented by a network of 20,000 skincare professionals in over 52 countries worldwide.
Post a Comment
Read more 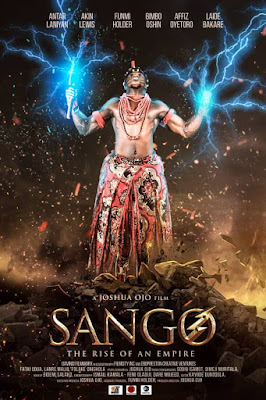 Joshua Ojo is a much-admired Nigerian filmmaker, writer and actor. He is best known for his highly commendable works such as Suzanne Wenger, Berger and Dagrin. Earlier in the year, Joshua Ojo Wrote and Directed the high budget movie, Efunsetan Aniwura, which tells the story of the second iyalode of Ibadan. It is a story of the strongest and wealthiest Yoruba woman in Yoruba history and is due to hit the cinemas very soon. Joshua Ojo's works have been characterized by a strong connection to history with an effort to infuse visual and poetic beauty in his stories such as Fuji House of Commotion and Tightrope. He has written, produced and directed a variety of movies, series and TV commercials. His films are known for its detailed attention.
Post a Comment
Read more

Professional workflow & collaboration tool for Movie- & TV-productions. Find & flip through all your clips as easily as turning a page in a book; truly! Drylab created the metadata tagged OnSet dailies during the filming of «Catch22» by George Clooney. We love this photo by Phillipe Antonello. Director of photography: Martin Ruhe.
Post a Comment
Read more

Why Drylab is Becoming Popular Among Filmmakers

Feedback selection from Drylab users. In their own words, why directors and producers love it: “I am one of the founders of Drylab. I chose to do it because I needed better tools to make better films and TV series. Today we use Drylab on all our productions. We are currently filming “Wilderness” for HBO, and both the client and the creatives on set are very pleased with the system. Everybody who gets a chance to use Drylab becomes loyal users”. -   Stein Bruno Kvae, SF Norway/Paradox, Kongens Nei, 1000 times goodnight, Utøya, Cold Pursuit. Award: Amanda Award for Best Norwegian Film in Theatrical Release . From Script Supervisor: “It takes me just seconds to find the references I need for costume, make up or dialogue. I will never go back to paper.” – Aslaug Konradsdottir, Script Supervisor, The Hurt Locker, Beforeigners, Kontiki.
Post a Comment
Read more 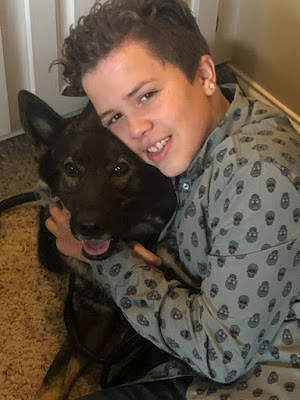 What Can Netflix and Showmax Offer More than 90 Million Muslims in Nigeria? 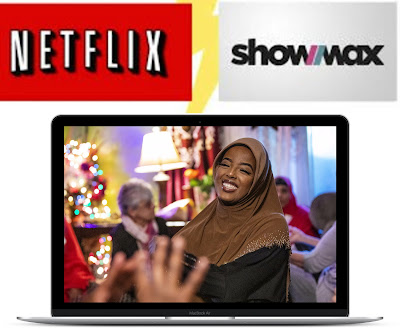 Which of the most popular streaming services have TV series, shows and movies for the over 90 million Muslims in Nigeria? Netflix and Showmax are competing for the millions of cable TV lovers in the most populous country in Africa with a population of over 197millon people and Nigeria has the largest Muslim population in sub-Saharan Africa and the majority are Sunnis. But do they have considerations for them in their programmes? Netflix and Showmax are competing for the best #Nollywood movies, but I have not seen them competing for the predominantly Muslims #Kannywood movies. They forget that the acquisition of good Muslim TV series, dramas and shows can attract millions of subscribers to them.
1 comment
Read more 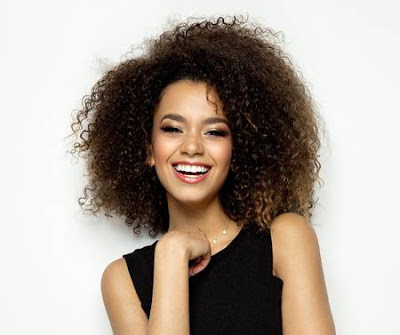 Photo Credit: 123RF . Happy World Smile Day 2019 World Smile Day is a day when people are encouraged to not only put a smile on the faces of their fellow man, but also to treat them to acts of kindness. This day is celebrated on the first Friday in October and has been officially celebrated since 1999. Today, not only do millions of people participate by putting smiles on the faces of their fellow human beings on this day, but there are also many events held all over the United States and the world to celebrate this day. History The historical roots of this day can be traced to Worcester, Massachusetts in 1963. This is when a commercial artist named Harvey Ball created what would now be known as the smiley face; An image that had instant commercial success and quickly became recognizable all around the world. While Harvey Ball was pleased with the success of the smiley face, he was also concerned that the real meaning behind it was lost on the general public. It was this conce
Post a Comment
Read more