Showing posts from April, 2018
Show all

Nigerian Hollywood actress, Sope Aluko who played Shaman in the box office record breaking Hollywood blockbuster movie, Black Panther revealed how her personal faith and trust in Almighty God gave her a bigger role after she auditioned for a small role. Then the Miami-Dade County in Florida proclaimed April 10, 2018, as Sope Aluko Day to honour her. Sope : It was an extremely competitive movie set; everybody wanted to be part of the movie immediately the auditions were put out. Everybody was trying to clinch a role in the film and it’s just so ironic because I initially had auditioned for Spiderman a year ago and the (at) last minute, I didn’t get the role. My children and I were very disappointed so when Black Panther came along I was like, ‘well, Lord this is the kind of movie I really would love to star in’. I actually auditioned for four roles – individual roles and different roles, and I didn’t get any of them for various reasons. I was too young or maybe too old, I don’t k
Post a Comment
Read more

Domitilla, Nollywood Classic Movie Directed by Zeb Ejiro. Published on Aug 20, 2013 Domitilla and her friends Judith (Kate Henshaw) and Jenny (Sandra Achums) are street hawkers living on the fast lane. Her change encounter with a high profile politician changes her life and fortune as the politician (Enebeli Elebuwa) adopts her as his mistress. But her new found soap box quickly bursts and her world turns on its head when the politician is found dead in his hotel room after a night of frolicking with her...All evidence points in Domitilla's direction... Category Film & Animation License Standard YouTube License Music "Chi Mai (feat. Ennio Morricone Orchestra)" by Ennio Morricone (iTunes).
Post a Comment
Read more

“Living in Bondage” Part 1 (1992/93) Directed by Chris Obi Rapu. Published on Dec 9, 2016 Lets take you back to 1992, good old days of Nollywood, with a great movie that some watched and some didn't, here is a chance to feel the movie again as you see how most of the stars today started their way to stardom. Living in bondage is a Nigerian drama thriller film directed by Chris Obi Rapu, written by Kenneth Nnebue & Okechukwu Ogunjiofor and produced by Okechukwu Ogunjiofor and stars African Movie Academy Award winner Kanayo O. Kanayo, Nollywood actors Francis Agu, Okechukwu Ogunjiofor and a host of others. Don't forget to like, share & subscribe in order not to miss a thing. Stay tuned as we will be giving you new uploads every Fridays. Enjoy. Category People & Blogs License Standard YouTube License Music "Ana Enwe Obodo Enwe" by Chief Dr. Oliver De Coque & His Expo '76 Ogene Sound Super of Africa (iTunes.
Post a Comment
Read more 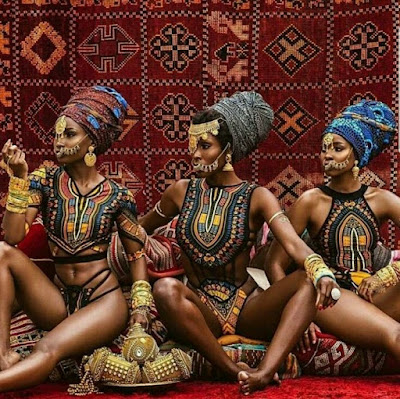 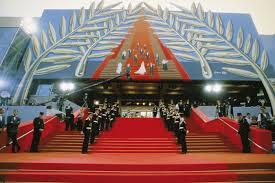 Nigerian filmmakers in both Nollywood and Kannywood have not been able to break into top international film festivals to compete with other filmmakers in the world, because majority of them have not been ambitious and serious about making the official selections for the Cannes, Venice and Berlin or qualifications for the Academy Awards, popularly known as the Oscars. Many of them have chosen to settle for less without respect for the art and craft of filmmaking above par. Let me illustrate what being ambitious and serious can do for a filmmaker, regardless of the nationality and socioeconomic challenges. Iranian film director, Asghar Farhadi, whose new film, Everybody Knows is the opening film for the 71st Cannes Film Festival beginning on May 8, 2018, made his first feature,  Dancing in the Dust in 2003. Within only fifteen years, he has won two Oscars for Best Foreign Language Film for "A Separation" (2012) and "The Salesman" (2017). He has also won the Gold
Post a Comment
Read more

"Everybody Knows" the Opening Film of the 71st Cannes Film Festival

"Everybody Knows" by Asghar Farhadi will open the 71st annual Cannes Film Festival on May 8, 2018. It is a Spanish-language psychological thriller film written and directed by Asghar Farhadi and starring Javier Bardem and Hollywood diva, Penélope Cruz. Carolina, a Spanish woman living in Buenos Aires, returns to her hometown outside Madrid with her Argentinian husband and children. However, the trip is upset by unexpected events that bring secrets into the open. NOLLYWOOD MIRROR®Series: The only book series on the Nigerian film industry.
Post a Comment
Read more

Orlando Martins and Robert Adams in "Men of Two Worlds" 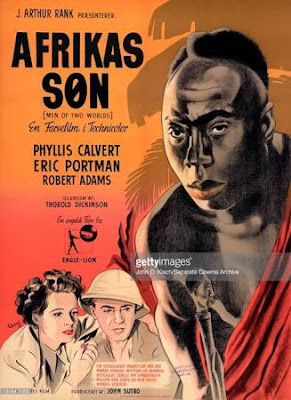 “THE STARS ARE AGELESS 🌟⭐💫 You can now add author to my name!!!Been working on this baby for a while and she’s finally here! Thank you Lord! 40 sure looks good on me! Thanks to my publishers @narrativelscape we burnt the midnight candle on this one! Thanks to everyone that worked tirelessly to make this happen! Love you all. Copies available for sale from tomorrow. I can’t keep still #TheStarsAreAgeless #FindingMyLight #FindingMyLightInLifeInLoveAndOnSet #OmoniAtForty #TheFirstLady #AfricanButter #ChildOfGrace” NOLLYWOOD MIRROR®Series: The only book series on the Nigerian film industry.
Post a Comment
Read more

Kannywood Movies Have Nothing To Do With Nollywood - Prof. Abdalla Uba Adamu

Kannywood Movies Have Nothing To Do With Nollywood Kannywood is the Mirror of our peculiar Northern Nigerian Culture “There was a conference organised by the University of Illinois, in America. At that conference, they suggested that there should never be a name like Nollywood or Kannywood and that any film that comes out from Africa should be called Nollywood. I raised my hand and disagreed. I told them that in the northern part of Nigeria we produce our distinct movies that have nothing to do with Nollywood.   “How can we take Indian films and become excited about them? Why can’t we do the same, take our films to India and make them excited about our cultures, in such a way that they too would be copying our films? We have good storylines, too.” ~ Prof. Abdalla Uba Adamu, Vice-Chancellor of National Open University of Nigeria (NOUN). https://www.premiumtimesng.com/news/more-news/264467-film-production-why-we-target-secondary-school-leavers-noun.html NOLLYWOOD MIRROR®Ser
Post a Comment
Read more

Fast rising Nigerian born English Hollywood star John Boyega is poised to make the most expensive Nollywood movie so far with a budget of N9 billion! He said he grew up watching Nigerian movies and the film will be produced by UpperRoom Productions, he cofounded with a fellow British Nigerian, Mr. Femi Oguns, MBE. John Adedayo B. Adegboyega (born 17 March 1992), known professionally as John Boyega, is an English actor known for playing Finn in the 2015 film Star Wars: The Force Awakens, the seventh film of the Star Wars series, and its 2017 sequel Star Wars: The Last Jedi . Boyega rose to prominence in his native United Kingdom for his role as Moses in the 2011 sci-fi comedy film Attack the Block. John Boyega and Femi Oguns are two Nigerians among the producers of the new #Hollywood blockbuster movie Pacific Rim 2: Uprising . Boyega as "Ugwu" in the film adaptation of the celebrated award winning Nigerian author, Chimamanda Ngozi-Adichie's novel Half of a Yel
Post a Comment
Read more 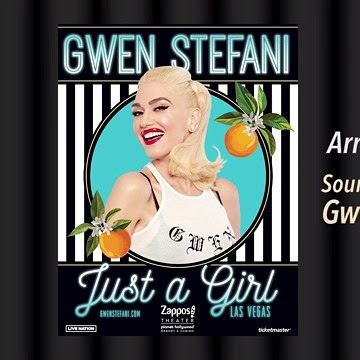 How To Use Nollywood To Develop Film Tourism in Nigeria 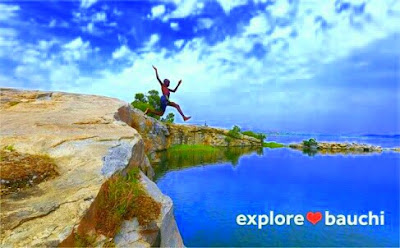 There are awesome opportunities for film tourism in both Nollywood and Kannywood of the fast developing Nigerian film industry. I have already elaborated on the potentials in my article on @Indiewire. Nollywood Can Turn Nigerian Tourism Into a Billion Dollar Industry | IndieWire http://www.indiewire.com/2016/04/nollywood-can-turn-nigerian-tourism-into-a-billion-dollar-industry-2-287791/ and how to use Nollywood for film tourism on A NOLLYWOOD Library Can Generate N1 Billion Annually for Lagos State http://totnaija.blogspot.com.ng/2018/04/a-nollywood-library-can-generate-n1.html . The Organisers of film festivals in Nigeria have not included tours of movie locations in their programmes like #Makoko and Balogun Market, the locations of "Gidi Blues" of Femi Odugbemi. One famous Italian filmmaker said it would be exciting to see Makoko! "Black Venice of Africa!" No Nollywood movie has really explored the awesome location of Makoko for a thriller. Film fes
Post a Comment
Read more
More posts