Wole Soyinka's Child of the Forest Goes To Japan


Accomplished South African based Nigerian filmmaker Akin Omotoso's special documentary film "Wole Soyinka: Child of the Forest" is one of the selected films showing at the 2013 Cinema Africa Film Festival in Tokyo, Japan. 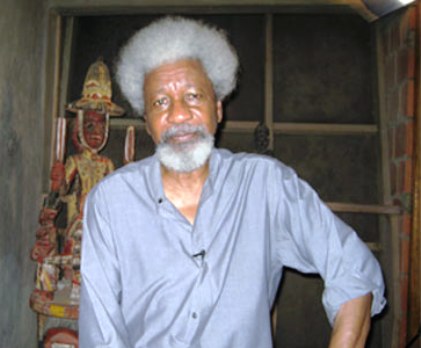 This year's event runs from May 18 - 23, and the lineup of features, docs and shorts, includes several titles previously covered on this blog, like 2 films by Kunle Afolayan: romantic comedy Phone Swap, as well thriller The Figurine. Also docs on Ousmane Sembene and Wole Soyinka, amongst others. And shorts films like Wanuri Kanuri's sci-fi Pumzi.

CINEMA AFRICA is a nonprofit organization in Tokyo, Japan, established in 2006. Our mission is to develop
understanding and appreciation of Africa in Japan through African films made by African filmmakers or
producers. For this purpose, we have organized Cinema Africa in Tokyo, the only one African film festival in
Asia and the Pacific region.

We also recently started distribution of the films to non-profit organizations,
non-governmental organizations, and municipalities.

Today, we can see many films focusing on Africa, or filmed in Africa. But what we want to bring to you is the true voice of Africa, and not the films about Africa made in Hollywood or western media.
Therefore, we basically introduce African films made by African filmmakers/producers through their own perspectives, which is the only way for us to learn about them.

We cannot just sit and wait in front of our desks, or play with Google to capture the REAL Africa today. Or, we cannot just wait for major film festivals in Europe or US to make their own pick of ‘best’ African films.
We would like to tell Japanese people what WE found in Africa. We try to go as many times as possible to Africa to attend African film festivals, held in such places as Burkina Faso, South Africa,
Zanzibar, Rwanda, etc, to see with our own eyes and collect the latest films.